Francis Kurkdjian, a rogue perfumer himself, explores the world of professional "noses" that think outside the box - and because of that have brought us some of the world's most celebrated fragrances.

The most celebrated fragrances often inspire nostalgia. But perfumers themselves travel in a very different direction: They forge ahead, coaxing fresh ideas out of classic techniques. Take François Coty. Before the French perfumer arrived on the scene in the early twentieth century, many of his peers were wary of blending natural extracts with new synthetic molecules. But Coty went there and gave familiar notes unprecedented edge. He also made perfume widely available, selling it at reasonable prices, in bottles intended for display. Coty understood that fragrance can appeal to our collective nostalgia while still disrupting tradition. It's a recipe that transcends scent. Risk takers may fail on occasion, but the moments they succeed are the ones that make the world spin.
-- Francis Kurkdjian, Perfumer | Learn more @ Allure.com

In 1953, Estée Lauder launched Youth Dew. The spicy floral oriental was a bath oil that doubled as a perfume (it's now sold as two separate products). It pioneered the revolutionary concept of a two-in-one product and encouraged women to layer fragrance for a lasting effect.

As a twenty-first-century perfumer, I have a mission to push boundaries. I've always liked to create novel ways to experience fragrance - scented cardholders, even bubbles. But I'm also producing more avant-garde perfumes, like Baccarat Rouge 540. It balances sweetness and sheer woods with a light amber note, and I think its success is a sign that it's a great time to take risks.

A former makeup artist, Lutens isn't a perfumer by trade, but his Paris fragrance boutique breathed fresh life into the industry in the 1990s. His goal was to offer radical alternatives to safe trends, combining cutting-edge ingredients with total creative freedom. A musk in the original, dirty sense, Muscs Koublaï Khan, which Lutens created with Christopher Sheldrake, challenged the easy, splashy fragrances of the time.

In the early 1990s, Ellena combined two synthetic materials that recalled the aroma of green tea. Bulgari commissioned a perfume out of the scent, intending it just as a gift for clients. The result, Eau Parfumée au Thé Vert, was so well received that the brand started selling it. With green tea, citrus, and a smoky wood accord, it had a broad, indefinable appeal. It even provided the blueprint for CK One, the first successful unisex fragrance.

All photos © their respective owners 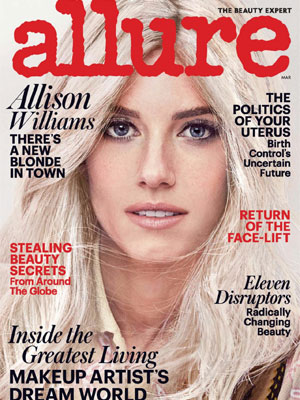