Allure magazine's Liana Schaffner gives you an up-close and personal look at the fine art of glass sculpting, including some of the most iconic perfume bottles, past and present.

Storyteller, curator, decorator, dream-maker: It's a lot of responsibility to place on one piece of glass. But the artists behind the world's best fragrance bottles aren't cracking under the pressure. Instead, they're reinventing the way we display our vanity - and maybe our humanity."

Novelty by the Numbers

It takes verve, nerve, and plenty of know-how to design a truly unique bottle. Here, some highs and L'Eaux.

100 - Number of different shoe styles the creative team considered before landing on the final stilleto.
13 - Height in centimeters of the impossibly slim heel.
3 - Years it took to develop a design that could actually be manufactured. 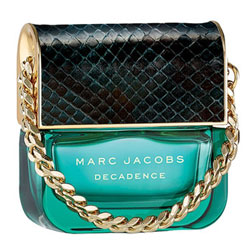 15,000 - Yards of faux phython produced for the bottle's synthetic cap.
625 - Miles of gold chain used for the first batch of bottles.
1 - Number of name options the team considered before deciding on Decadence.

Sometimes we have to design the bottle even before the fragrance has been made," says Fabien Baron, the legendary designer, photographer, and filmmaker behind some of the most successful fragrance launches in history, including Calvin Klein CK One. "The designers are actually inspiring the perfumers and giving them ideas."

The most iconic fragrance bottles reflect the hopes and values of the era that inspired them, proving time is truly of the essence.

1912 - The heart-shaped stopper on Guerlain's L'Heure Bleue is meant to conjure the romance of Paris before the First World War. Internally, Baccarat artisans call their design the "gendarme stopper" because it resembles a soldier's hat.

In 1992, Jean-Claude Ellena told me he wanted to play with a green tea note for Bulgari Eau Parfumée au Thé Vert," says Thierry De Baschmakoff, the Grasse-born designer who's been developing packaging for top fashion and beauty brands for more than 25 years. "That was the first and the last time I actually knew what was going inside the bottle I was making."

1953 - Because it's considered too risqué for a woman to buy her own perfumer, Estée Lauder markets Youth Dew as a bath oil. Designed for pouring, the bottle encourages women to soak up their scent.

1978 - With its porcelain whiteness, Cacharel Anais Anais harks back to the Victorian vanity table - and sends a subliminal message of innocence. It's an overnight success.

1989 - To deliver a whiff of shock value, Revlon Electric Youth by Debbie Gibson comes with a pink spring coiled up inside. Actor Nancy Giles says the scent reminds her of "candy and acne." 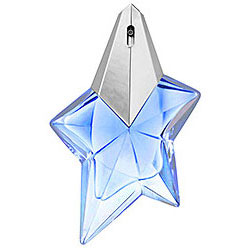 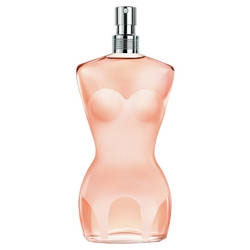 1993 - Depicting an hourglass figure in lingerie (a corset, to be exact), the frosted pink bottle of Jean-Paul Gaultier Classique achieves instant icon status.

1999 - With its nipped neck and fluted base, Dior J'adore mirrors the surreal proportions of a peplum - the full-hipped silhouette made famous by Dior.

2003 - Bulgari Omnia is lauded as one of the year's best fragrance bottles. As the line expands, so does the number of unboxings on YouTube as people open the interlocking design. 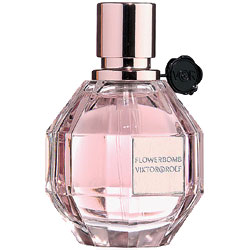 2005 - Bursting with florals, Viktor & Rolf Flowerbomb disrupts the fragrance industry - and some sensibilities. The grenade-shaped bottle is later banned from shops at Oslo Airport. 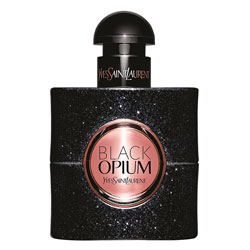 2015 - The glittery bottle of Yves Saint Laurent Black Opium is less suggestive than the 1977 Opium, which came in a package resembling a medicine case - and prompted boycotts. (They were unsuccessful; it's still a best seller.)

They story behind a perfume bottle is just as heady and complex as the fragrance inside. We asked designers who have dreamed up our favorite bottles in recent years to distill their creative vision. 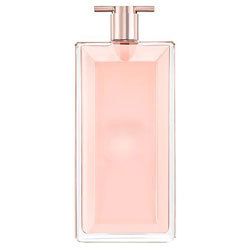 Architect and industrial designer Chafik Gasmi creates sculptural pieces for brands such as Baccarat, Kenzo, and Bulgari. In 2019, he crafted one of the world's slimmest perfume bottles for Lancome's newest scent.

Jerome Leloup is general manager of the French fashion and beauty label Paco Rabanne. Based in Paris, he oversaw the development of Pacollection, a line of six unisex fragrances housed in flexible bottles.

Read more @ allure.com / Read the full article online: How Perfume Bottle Designs Affect Your Perception of the Scent Inside 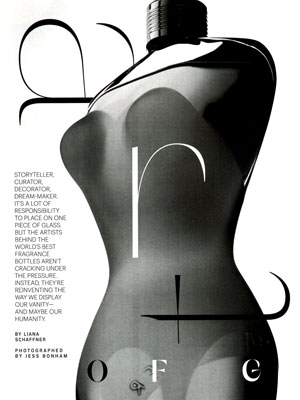 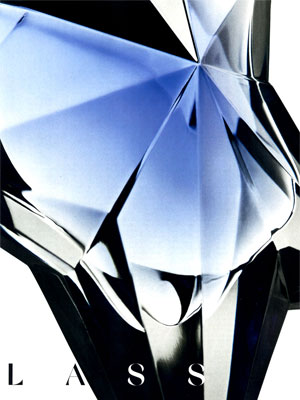 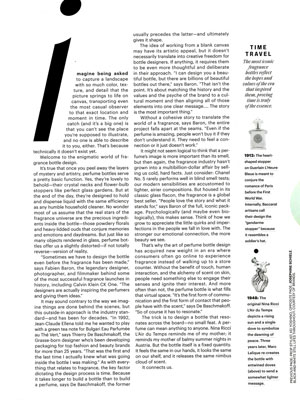 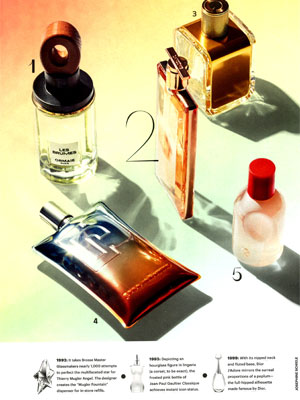 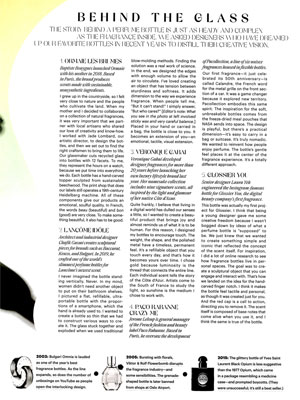 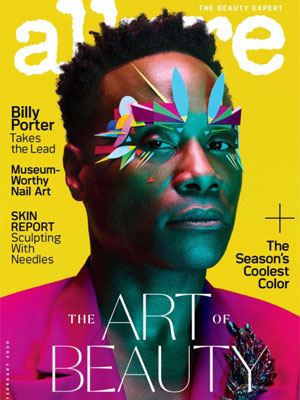