It doesn't take a degree in science to know that some scents evoke lover (er, make that lust) more than others. Luca Turin & Tania Sanchez, coauthors of Perfumes: The A-Z Guide list the five sexiest perfumes of all time.

Smells like: Spice -- "If wearing Opium is like walking around with a bullhorn shouting, 'Come and get it!' Chinatown is like discreetly whispering the same thing."
Chinatown by Bond No. 9 New York, eau de parfum, floral oriental, $185 for 1.7 oz.

Smells like: Tuberose -- "One of the few fragrances built to work for three stages of a successful encounter: to draw someone's attention from across the room, to sustain flirtatious conversation for a few hours, and to still smell fantastic the morning after."
Insolence by Guerlain, eau de toilette, fruity floral, $71 for 1.7 oz.

Smells like: Rubber plus Leather -- "With those notes...you do the math."
Bulgari Black by Bulgari, eau de toilette, woody oriental, $77 for 2.5 oz.

Smells like: Floral Amber -- "The ultimate fragrance of the unattainable blonds, as incarnated at various times by Grace Kelly, Cybil Shepherd, and Betty from Archie."
31 Rue Cambon by Chanel, eau de toilette, chypre, $110 for 2.5 oz.

Smells like: Floral Bilge -- "This frightening perfume, which smells like you're wearing Dior J'adore while on your period, is so sexy no one at all should ever wear it, because randy dogs might chase you down the street."
Secretions Magnifiques by Etat Libre d'Orange, eau de parfum, woody, $80 for 1.7 oz. 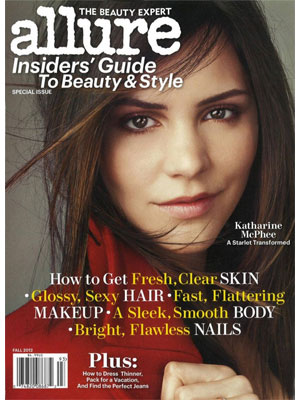