New fragrances for Father's Day from the top fashion designers.

Ties are the lamest Father's Day gift ever. They say: "I have no idea who you are, but I've seen you wear a tie." Cologne on the other hand, is highly personal and thoughtful -- if you choose carefully. We asked comedian Joel McHale, star of Community and The Soup and father of two, what he thinks these new colognes say about the dads who wear them. ...learn more

A dose of humor with a spritz of cologne...

BOTTEGA VENETA Pour Homme Extreme
Notes -- Leather, pimento, labdanum, and wood
Smells like... "A very high-end Old Spice."
For... "A guy who wears an ascot and a pinkie ring, but not an obnoxious pinkie ring. And maybe ha has a monocle, but it's a cool one." -- Leather woods - Eau de Toilette 1.7oz, $85; Saks Fifth Avenue

BURBERRY Brit Rhythm Intense
Notes -- Cumin seed, pepper oil, amber, leather, patchouli, and tonka bean
Smells like... "A really nice bar of soap."
For... "This is for a younger dad who drives a hybrid car. He likes to play golf, but he does that running-golf thing." -- Spicy leather - Eau de Toilette 1.7oz, $70; Sephora

VALENTINO Uomo Edition Noire
Notes -- Bergamot, coffee, myrtle, and gianduja cream
Smells like... "Citrus, like lemon candy."
For... "This is definitely a grenade - I wish it had a pin. It's for the dad who wears military clothing. And has cool sideburns." -- Smoky leather - Eau de Toilette 1.7oz, $75; Nordstrom

PRADA Luna Rossa Sport
Notes -- Ginger, juniper, tobacco-infused tonka bean, and vanilla
Smells like... "Fresh rain and bark."
For... "The bottle looks like a flask, but it's sporty, which can only mean one thing: It's for an athlete who is also a heavy drinker." -- Spicy aromatic - Eau de Toilette 1.7oz, $64; Macy's 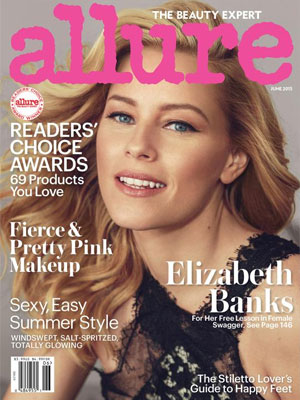