Dahlia Divin Le Nectar de Parfum by Givenchy - A floral gourmand fragrance for women inspired by the 2014 Dahlia Divin perfume. This vibrant feminine scent, created by perfumer Francois Demachy, includes notes of mimosa, jasmine sambac, rose, sandalwood, and tonka bean. Housed in an updated perfume bottle with gold throughout the juice, the label, and the gold flakes within the translucent cap. Launched in June 2016 and available in an eau de parfum spray. Candice Swanepoel is the model featured in the fragrance ad campaign photographed by Peter Lindbergh with video directed by Gordon von Steiner.

"Reveal the Golden Power. While Dahlia Divin celebrates a modern femininity that brushes against the divine, Le Nectar de Parfum is its purest expression and culminates its entire aura. The woman attains the apogee of her beauty and the pinnacle of her power. She leaves nothing but an enchanting scent of a rare nobleness in her wake. A trail of gold that coats everything in a raw and fiery sensoriality and enhances the skin with all the delicateness of gold leaf. The ultimate exaltation of a beauty bathed in natural grace, power and a divine aura." --givenchybeauty.com

She's a goddess of our time - an icon. Her presence feels like radiant sunshine. Gold, the lustrous hallmark of Dahlia Divin, stamps its unmistakably Haute Couture seal on this new incarnation. More precious, more legendary than ever... A sweep of sensual gold envelops the Dahlia Divin woman as she reaches the zenith of her femininity.

An unexpected vision, an apparition: a modern goddess swathed in a halo of light, her fragranced aura radiating further with every step. Candice Swanepoel embodies the Dahlia Divin woman, her beauty highlited by a spectacular Givenchy Summer 2016 Haute Couture dress by Riccardo Tisci: a creation in golden beige silk satin, that took over 350 hours to sew on, studded all over with crystals.

Gold, the lustrous hallmark of the Dahlia Divin legend, stamps its unmistakably Haute Couture seal on this new work of art. A femininity at the height of its beauty and the peak of its power. The Nectar de Parfum is the fulfillment of a quest for absolute femininity that is more elusive than ever.

Elixir of divine potency
Mimosa is the golden flower par excellence, bringing its unique signature to this new fragrance, composed by François Demachy. A scent that is as addictive as it is sensual, a rich source of divine power.

A unique bottle
Bottle as jewel, as talisman, as allegory, that evokes a magnetic and luminous femininity. Unique and infinitely desirable, it embodies a rich source of divine power with all the delicateness of a gold leaf. 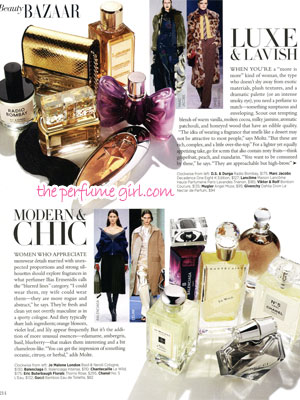 Luxe & Lavish
When you're a "more is more" kind of woman, the type who doesn't shy away from exotic materials, plush textures, and a dramatic palette (or an intense smokey eye), you need a perfume to match - something sumptuous and enveloping. Scout out tempting blends of warm vanilla, molten cocoa, milky jasmine, aromatic patchouli, and honeyed wood that have an edible quality. "The idea of wearing a fragrance that smells like a dessert may not be attractive to most people," says [perfumer David Seth] Moltz. "But these are rich, complex, and a little over-the-top." For a lighter yet equally appetizing take, go for scents that also contain zesty fruits - think grapefruit, peach, and mandarin. "You want to be consumed by these," he says. "They are approachable but high-brow."

After capping off a decade at Givenchy with a blowout spring show... it was hard to image what Ricardo Tisci might have up his sleeve for the fall season. ... His inspiration? Not the new, but the old - the ancient, in fact. "Egypt for me, is the beginning of everthing," he told reporters... Drawing on his love for mythology, the 42-year-old designer turned Paris' Carreau du Temple... into a wooden maze resembling the inside of the pyramids. The brand's model squad... marched the winding runway in dramatic pieces marked with Egyptian iconography... but Tisci maintained his signature Gothic style by anchoring the brown, gold, and burgundy shades with black leather and lace.