Some of these experimental ingredients are so novel that they border on unnerving.

Excerpts from a fragrance editorial, Raw Power, in Allure Magazine, May 2012 issue.

Inside every perfumery, there's a mysterious underworld dedicated to finding and isolating new molecules that give modern fragrances depth and complexity. ... These are some of the most groundbreaking. ...learn more

As the legend goes, in 1921 the French perfumer Ernest Beaux (or his lab assistant) experimented by adding a large dose of these powerful chemicals to a classic, floral-oriental structure, inadvertently creating a new genre -- the aldehydic floral -- and Chanel No. 5.

First developed by Pfizer...it smells of the seashore. Perfumers regarded it as so unusual that it remained untouched for 20 years. Finally, its cold, metallic quality was softened with rose and white lily in Issey Miyake L'Eau d'Issey.

One of the first synthetic raw materials used in perfumery, coumarin is a chemical compound that smells like vanilla beans. It was most famously used in Guerlain Jicky in 1889 -- a warm, sensuous perfume that satisfied a fascination for all things exotic, and which is considered to be the first true oriental.

International Flavors & Fragrances came out with this extraordinary molecule, a white musk, in the 1960s. Every fragrance house began to use it, and toiletry companies poured Galaxolide into laundry detergents. In 1990, perfumer Sophua Grosjman mixed it with apricot blossom and rose in Trésor.

In 1959, Firmenich discovered a chemical that captured the airy, transparent quality of the jasmine flower. Perfumer Edmond Roudnitska mixed it with citrus to create Dior Eau Sauvage, one of the most popular men's fragrances of all time. Today, it's very difficult to find a fragrance that doesn't have Hedione in it. 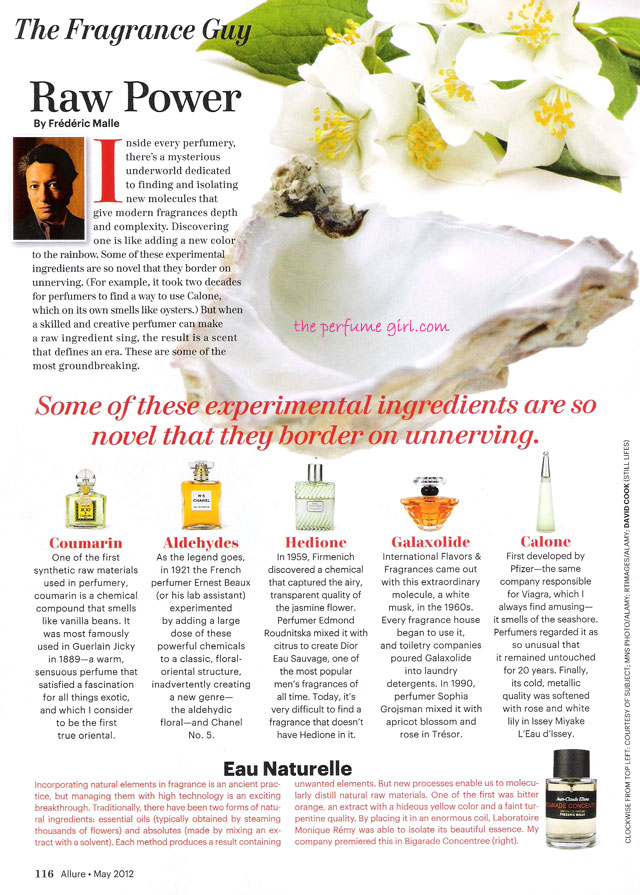 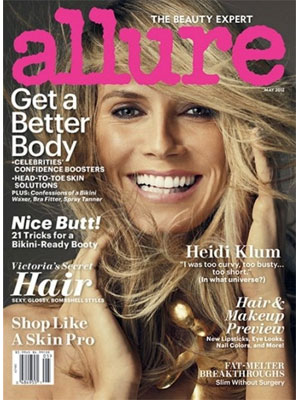