There's more to a designer fragrance than scent alone. Here, the recipes for five of the season's hottest house blends.

Excerpts from a fragrance editorial, Ready to Wear, in Elle Magazine, September 2012 issue.

Inhale la dolce vita. With Pour Femme, Domenico Dolce and Stefano Gabbana pay hommage, they say, to Sicily's "architecture, food, and flowers" as well as to quintessential Italian seductresses such as Claudia Cardinale, Sophia Loren, and Monica Vitti. A tangy freen mandarin top note offsets a jasmine and orange blossom heart, while vanilla and marshmallow in the dry-down evoke the "sugary sweet" smell of dessert-course cassata. Red velvet, common to palazzo interiors, inspired the cap, and the hue of the juice minics ultrapale pink roses.

Coco Chanel visited Venice often and was struck by the way the opulent gilt interiors contrasted with the velvety blackness of the city at night. In honor of the "equation of black and bright" in Chanel's designs, perfumer Jacques Polge sought to create a "baroque fragrance" that would "bring radiation out of darkness" with lively pink peppercorns and "minty" rose geranium leaf foregrounded against a luxurious profusion of woody and musky notes layered at the scent's base, including sandalwood, frankincense, and tonka bean.

Marc Jacobs may, as he says, "love the classic, eternal nature of polka dots," but he doesn't take them too seriously. His new fragrance, Dot, was inspired by works by Yayoi Kusama, with whom he recently collaborated for Louis Vuitton, as well as by the "whimsical, irreverent" woman he imagines wearing the scent. The eau's pop art-like composition includes "juicy, playful" ladybugs and butterflies: "I wanted it to be quirky."

Donna Karan wanted her new fragrance to communicate a woman's intrinsic "union of softness and strength," an idea she explored in her boy-meets-girl fall 2012 collection, so perfumer Anne Flipo "wrapped" the traditionally masculine notes of sandalwood and vetiver -- which resonates through the base and heart of the scent -- with ultrafeminine orange flower. The bottle, inspired by "the curves of a woman's body," was designed by renowed architect Zaha Hadid, whose buildings Karan admires because "she can make stone look poetic, as if captured in motion." 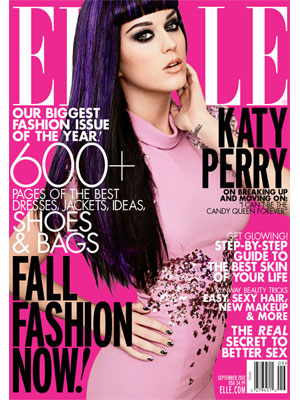