Fresh smelling spring fragrances that are stripped down, un-floral, pure and simple. Scents of fresh laundry, soap, cotton and sparkling citrus enliven the aroma of spring.

Fragrance has traditionally been expected to express a mood or it clings to. But some of the best new scents don't set out to seduce us or unfurl a faceted heart, petal by petal. They have scrubbed-down, aired-out notes that yield a prim, spotless, proverbially pure effect - and it's refreshing as hell.
-- Liana Schaffner, Contributing Editor, Allure | Read articles @ Allure.com

Clean scents have been around for decades - almost always as an antidote to something else. The first of its breed, Estée Lauder White Linen, arrived in 1978, reflecting a wider cultural shift. "Before the '70s, men were the ones buying perfume for women," says Mark Behnke, a chemist and the founder of the fragrance blog Colognoisseur. "Fragrance was considered an intimate, highly personal gift - almost on the level of lingerie." But as women began to flood the workforce, they moved away from the voluptuous old classics for practical, professional reasons: Clean scents are inoffensive. No one in the elevator was going to shoot you a nasty look for wearing White Linen, a scent that was poetic in its simplicity and just sexless enough to purchase for oneself. During the 1990s, "clean" translated into fragrances with citrusy notes, palate-cleansing alternatives to the decade's strong, sweet gourmand confections, such as Thierry Mugler Angel. They had a splashy, transparent appeal but faded quickly, causing enthusiasm to wane as well. "People equate longevity with quality - ideally, we want perfume to start out as one thing and transition into another throughout the day," says Behnke. These citrus scents had the anemic, vaporous life span of a body spray, leaving the wearer cold.

The first "clean" fragrance for women arriving in 1978

Citrus scents vs. strong sweet gourmand like this perfume

Objective imagery is used in this Windex look-like bottle

In an industry that thrives on imagery, when has a perfume ever been content to do nothing except smell good?

The clean scents of the moment don't have that problem. They contain synthetic notes, tenacious molecules that simply won't fade. They have industrious, uninspiring names, like Hedione, ethyl ionone, Iso E Super, and Galaxolide (a compound that gives Tide its freshness). Chances are no lover is going to surprise you with one of these scents. And that's part of their appeal - they're utterly straightforward. They smell like cotton, soap, starch, or a more sophisticated, more substantial version of water. In an industry that thrives on imagery, when has a perfume ever been content to do nothing except smell good? The motive behind the no-stringsattached trend is equally honest and transparent. "Why do we have these scents right now? Because we can," sats Behnke. "The materials that we're using today are nothing like the ones that went into White Linen almost 40 years ago. We're able to take a molecule, isolate it, and tune it to the exact effect that we want." That effect is polished and pristine - and literal in its interpretation of clean. These fresh - smelling molecules don't have the rough edges of natural materials. Take Iso E Super: "It's a lucid, uplifting version of cedar, whereas the real thing has a pencil-shaving, hamster-cage quality," Behnke explains. The same is true of Hedione, which mimics jasmine but without the flower extract's animalic "skank." All of this innovation means that the abstract visual of sheets snapping in the breeze has been joined by more objective imagery. The bottle for Calvin Klein CK2 has the long, sleek curve and high-tech form of a test tube. Moschino Fresh Couture is a little more ironic (but equally practical) in its design: The flacon is a dead ringer for a bottle of Windex; according to the company, the goal was to evoke a product design that "has no aspirational value." None of this is to say that clean scents lack nuance. They're soft and expansive and have a weightless sort of depth. "They translate the idea of comfort and calm," says perfumer Francis Kurkdjian. "When you're walking down the street or sitting on the subway, it's like they form this pure, protective bubble around you."

It's more than a metaphor: The most refreshing spring scents smell of soap, freshly laundered cotton, or sparkling citrus. 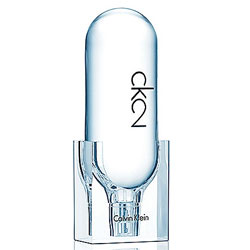 "It has the urban, genderless attitude of the iconic citrusy original, this time around balanced with incense, vetiver, and sandalwood. The effect is sharp, minus any hard edges."
Eau de Toilette, $75, Macy's
Mandarin, wasabi, wet cobblestone, vetiver, sandalwood

"Cotton, florals, and plum add up to a near-invisible effect. The scent is so airy, it's impossible to overdo - and even tricky to detect unless you spritz liberally."
Fragrance, $40, stories.com
Cotton flower, musk 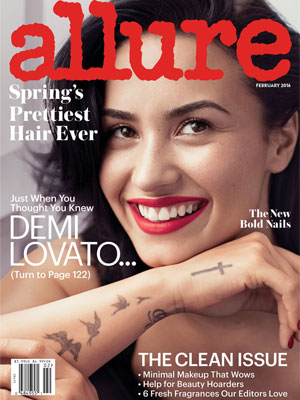