Speaking to a room of beauty executives this past October, Linda Levy, a vice president at Macy's, predicted the eventual disappearance of separate men's and woman's fragrance counters at department stores. ... Levy was just making a logical conclusion based on mounting evidence that traditional gender lines are blurring: Women wear men's colognes, men are wearing perfume, and niche lines like Ex Nihilo, Byredo, D.S. & Durga, Arquiste, and Le Labo often eschew labels altogether, putting out strong, intoxicating scents that are winning over both sexes. Even megabrand Calvin Klein is launching a scent ck2, that's been dubbed "gender-free" (not "unisex").

Why do men and women prefer different fragrances? ... They don't - at least not when they're born. ... That's probably news to anyone who's ever shopped for fragrance. By and and large, men's scents are spicy, herbaceous, woody, and leathery, whereas women's are floral, fruity, and sweet. ... But it hasn't always been this way. If you were to hop into a time machine and head back to medieval Europe, you'd find that men and women were equally fond of floral, herbal, and woody fragrances. Things didn't change much until the rise of the European middle class in the late 1800s, when fragrance began to be seen as frivolous.

By the time the commercial fragrance industry exploded, post-World War II, gender distinctions were in place - and marketing just reinforced them. "When Marilyn Monroe came along and said all she wore to bed was Chanel No.5, perfume became connected to sexuality and glamour, which really changed things," says [Rachel] Herz [a psychologist and neuroscientist at Brown University who studies the sense of smell]. The sexual disparity continued throughout the '70s and '80s, as men's and women's fashion labels developed branded scents: Cacharel, maker of silky, flowered blouses, had lily-and-hyacinth-scented Anais Anais; Stetson, famed for leather boots and 10-gallon hats, did a musky, woody cologne.

A feminine floral fragrance named after the Persian goddess of love

A masculine chypre fragrance named after the Stetson cowboy hat

The iconic unisex fresh citrus fragrance of the '90s

Then, in the '90s, fashion enjoyed an androgynous moment, thanks in part to the rise of grunge music (think Kurt Cobain and Courtney Love's almost identical haircuts and outfits.) To capitalize on the trend, executives at Calvin Klein tasked fragrance developer Ann Gottlieb with creating a unisex scent. "I'd love to tell you we had a plan and everything was deliberate, but it really wasn't," says Gottlieb with a laugh, as she reminisces about the ck one project. "Most of the perfumers we approached came up with men's colognes that were just slightly less masculine." After a lot of trial and error, she and her team realized they needed citrus and settled on the now famous bergamot-and-pineapple-tinged blend developed by fragrance house Firmenich.

Of course, throughout the 20th century and early aughts, there were always stylish women who loved men's colognes (Sarah Jessica Parker was reportedly a fan of Guerlain's Vetiver; Naomi Campbell used to spritz Creed's Green Irish Tweed), but they weren't the norm - until recently. "We're seeing more women wearing men's scents, and the industry has responded by adding traditionally masculine notes like peppercorn and leather to perfumes," says Mark Knitowski, vice president of product development at Victoria's Secret.

Mark Crames, CEO of fragrance brand Demeter, has also noticed the trend. Demeter Patchouli, for example, is now a top seller for both men and women. "I believe that 20, 30 years down the road, maybe sooner, everything will be primariliy unisex. I think we're in the very first baby steps of that now," he says.

Gottlieb credits some of this line blurring to the growing influence of Middle Eastern perfumery. The oud trend is just one example (over 30 scents featuring the warm, resinous note have launched globally sinve 2013). "A lot of new fragrances have these rich, incense-y, woody notes inspired by the Middle East, where fragrances are genderless," she explains.

"We don't differentiate between 'male' or 'female' scents in the Middle East," agrees Sheikh Majed Al-Sabah, a Kuwaiti fashion executive who launched his own fragrance line, The Fragrance Kitchen, in 2005. Rose, for example, is universally loved. "I'm a huge fan of the original Paloma Picasso," he says, citing the (women's) perfume made with rose and ylang-ylang. "And you'll sometimes see bottles of Chanel No.5 and Shalimar on men's vanities in this region." 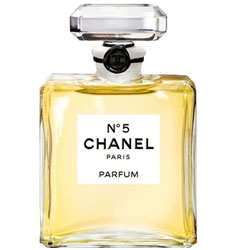 One of the most iconic fragrance worldwide

A floral woody amber is a classic fragrance since 1925

But the breakdown of the perfume sex barrier can't wholly be attributed to Middle Eastern influences. "The redefinition of gender role and labels probably has a lot to do with the current trend," says Crames.

... So, what does this new world smell like? In "gender-free" ck2, there's a cool freshness from notes of wasabi and wet cobblestone, but as the spray dries on skin, you get a whiff of sandalwood and incense, warm notes traditionally used in Middle Eastern perfumery.

Sandalwood also pops up in Al-Sabah's creation The Fragrance Kitchen In Love as well as in Aveda's new Love Composition Oil. And it takes top billing in Orris & Sandalwood from Jo Malone, a unisex line that's designed to be layered (yet another Middle Eastern fragrance custom, by the way).


Sprays That Go Both Ways 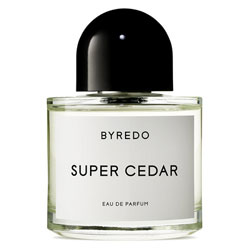 The Fragrance Kitchen In Love 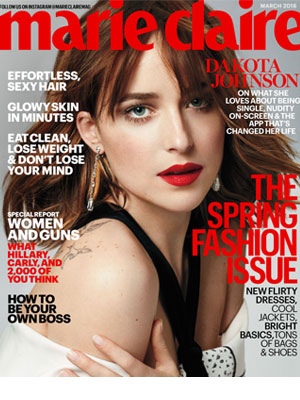