The choice between wearing a scent that introduces itself to strangers and one that's detectable only in an embrace is a very personal one.

Trail Blazers ... The fragrance trail -- technically, its sillage -- is perhaps one of the most misunderstood aspects of perfumery. Many people associate its presence with the type of walloping, intrusive fragrances that can turn a crowded cinema into a gas chamber. But it's actually something entirely different, and -- in intention, at least -- thoroughly elegant. The word sillage is French for "wake," like that left by a boat as it moves through water. I like to picture it as the vapor trail of an airplane as it crosses the sky: It's something that hangs in the air intangibly, and just as you begin to get a fix on it, it's gone.

Sillage (pronounced: see-yazh): The scent left behind by perfume, usually after the subject has passed.
(Source: www.urbandictionary.com)

"Sillage is the projection, or the bloom of a fragrance," says Sophie Labbé, the noted nose behind such scents as Calvin Klein Beauty, Bulgari Jasmin Noir, and Very Irrésistible Givenchy. "It's different from the intensity or power of a scent; sillage is more of an aura. You feel it, but you aren't overwhelmed by it."

...Fragrances don't need to contain anything particularly tenacious or stealthy, such as patchouli, in order to trail.... Sillage is the product of evaporation, aided and tweaked by alchemical wizardry. ... "It's a complex chemistry involving a lot of different molecules and how they interact with on another," explains Pascal Gaurin, a senior perfumer at New York scent-industry giant International Flavors & Fragrances, whose creations include Harajuku Lovers Love and Michael Kors Very Hollywood.

... There are different levels of sillage -- that's why you can smell some people coming before they enter a room but have to lean in for a good wrist-sniff to detect a perfume on others. Some scents have what fragrance bloggers often refer to as "monster sillage" ... Clive Christian C for Women ... and some are so low-key they're almost trailless. The desirability of one or the other depends largely upon the personality of the wearer.

... For most perfumers, the ideal sillage falls in the middle range: not too strong, not too weak. "You want perfume to be diffusive enough to be its own advertisement," says L'Artisan Parfumeur nose Bertrand Duchaufour, who points out that "virtually all" of the top-selling scents in America and Europe have a readily discernible trail. "When someone is wearing it, they want someone near them to ask, what do you wear? The trail of a fragrance is its first criteria of success. Just think of Thierry Mugler's Angel, for instance -- it became so popular because it was powerful enough that everybody noticed it."

...Alexandra Balahoutis, the founder of Strange Invisible, tells me that she, personally, prefers low-radius scents: "I think it's really nice when you're wearing a perfume, and you just smell beautiful and people associate it with you. It's definitely there, they definitely notice, but it's subtle and elusive and a bit mysterious."

Read the entire article at Elle.com

Viktor & Rolf Flowerbomb unleashes a broad floral trail with a dose of tea.

Clinique Aromatics Elixir Perfumer's Reserve is a modern twist on the classic complex chypre -- a sophisticated union of hundreds of notes, now with added bergamot and orange blossom, originally launched in 1971 -- "You know when someone is wearing it, even when there's nobody in the corridor," says Labbe.

Frederic Malle Carnal Flower blooms into a voluptuous tuberose and jasmine trail that will follow the wearer all day.

Guerlain Shalimar became a sensation in 1925, when Raymond Guerlain's wife wore it on a transatlantic voyage, its lingering scent allegedly earning her many admirers.

The spicy oriental base and floral accord that distinguish Chanel Coco Mademoiselle give it an attention-grabbing sillage.

The warm rose-and-honey Strange Invisible Perfumes Dimanche was inspired by "leisurely Sunday lunches in Paris" -- and, fittingly, it's both low-key and memorable.

L'Artisan Parfumeur Batucada is an ode to Brazil, with a lime and vetiver cocktail that wears close to the skin.

Launched in 1963, Kiehl's Original Musk has a patchouli and tonka nut dry-down that's both sensual and long-lasting.

Lancome Tresor has a distinct but soft lilac, apricot, and amber trail.

Bulgari Jasmin Noir's luxe blend of floral and woody notes with almond and licorice has a quietly sophisticated allure. 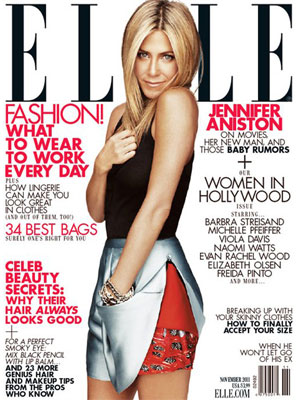