1,000 tons of patchouli oil are produced each year; the majority goes into shampoos, body washes, and laundry detergents, not perfumes. --Givaudan

Excerpts from a fragrance editorial, The New Patchouli, in Allure Magazine, February 2012 issue.

Patchouli may no longer be hippie, but as evidenced by some new fragrances, it's definitely hip. Meet some of the latest scents on the scene.

Narciso Rodriguez for Her Delicate brightens up the original patchouli musk with fruity notes such as fig. Launched in Jan. 2012, and available in 4.2oz eau de toilette spray.

The deep, spicy Dior Patchouli Imperial has hints of coriander, mandarin, and cedar. Part of the Dior La Collection, this woody oriental scent was launched in fall 2011, available at the Las Vegas and Paris Dior boutiques only.

"Patchouli still has a hippie association, but it's the word, not the actual scent, that makes people think of the '60s. Patchouli is a complicated, multifaceted note -- almost a perfume in itself -- and it's one of the most important common denominators in classic French perfumery. Guerlain Jicky was one of the first great fragrances to use patchouli, Miss Dior is based around the note, and American classics like Clinique Aromatics Elixir and Ralph Lauren Polo are loaded with it, too.

"Patchouli brings depth and sex appeal to a fragrance, and it's quite dark. It's also a note that reacts strongly to others you put next to it. When patchouli is mixed with something like vanilla, as in Thierry Mugler Angel, you get a sort of buttery warmth and a rich oriental scent. In Chanel Coco Mademoiselle, it adds a depth that ensures the fragrance isn't just a sweet, pretty-pretty thing. Patchouli never went away completely, but in the late '80s and '90s, with the popularity of fresh, clean scents, perfumers played it more as a minor note -- even just a trace of patchouli in a fragrance brought depth and a little edge. But recently, there's been a real revival of patchouli, partly due to new technology that allows us to molecularly distill and isolate just the heart of it, a note called patchoulol. As perfumers, we're now using it to bring a modern sensuality to many of the latest fragrances. We've redefined patchouli -- and there's no question it's back on the scene." --Frédéric Malle 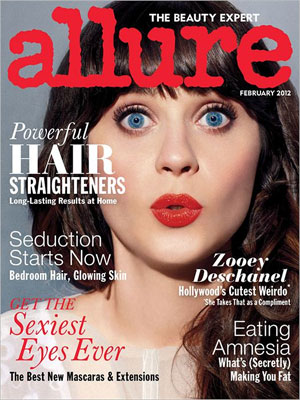