Andre Fraysse (1902-1984) was a French Perfumer who worked for Lanvin Parfumes, starting in 1925 at the age of 27. André Fraysse was born in Switzerland in 1902 and is from a family of perfumes. His father, Claude Fraysse and sisiter, Jacqueline Fraysse, both created perfumes for Weil. His brother, Hubert Fraysse worked for Synarome and later worked for Lanvin, reformulating their Arpege fragrance. Andre's son, Richard Fraysse, is the in-house perfumer for Parfums Caron. Andre Fraysse bio... 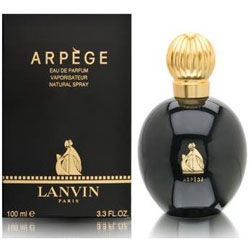 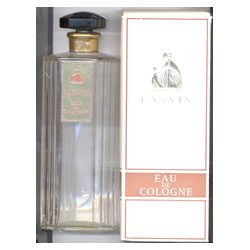 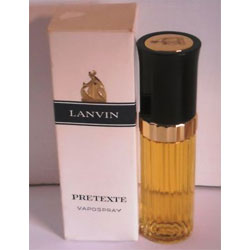 All Perfumes created by Andre Fraysse

Andre Fraysse - about the perfumer

André Fraysse - The Swiss who became a French citizen at the age of eighteen, met the seamstress Jeanne Lanvin in 1925 and joined Lanvin Parfums. His first creation was My Sin (1925), was soon followed by Arpege (1927) a subtle blend of Bulgarian rose, jasmine from Grasse, France, syringa, honeysuckle, lily of the valley, and housed in the famous black ball bottle of Lanvin fragrances. Fraysse also created Scandal (1932), Rumeur (1932) and Pretexte (1937) perfumes for Lanvin.
(Source: http://phine.chez.com/Parfum/compositeurs.htm, Oct. 2011)

Precious Lanvin - "By the end of his career (1970's) André Fraysse wrote a long autobiography typewritten on more than 10 pages that I had the luck to find. He presents his long experience at Lanvin, the birth of Arpege and some insights about their fragrance factory. ... In a historical period Lanvin was more famous than Chanel, and not by intelligent ads but by extremely good fragrances. Rumeur, Scandal and Arpège (the real one) were among the best and they were praised even by the very critical Edmond Roudnistka (he considered André Fraysse as the best perfumer ever). ... In his autobiography André Fraysse, for a mysterious reason sets the creation of Lanvin fragrances the moment when he arrived - 1925. Of course, there is no reference to previous fragrances of Maria Zede (as if they've never existed)."
(Source: http://1000fragrances.blogspot.com/2008/05/precious-lanvin.html, Oct. 2011)


Check out the Perfumers (the nose) behind the fragrances