Youth Dew by Estee Lauder - "Absolutely captivating, with opulent flowers, rich spices, precious woods. It has been called one of the sexiest fragrances ever created, and more than 50 years after it was launched it continues to entice with its sensual, yet timeless appeal. Created in 1953, Youth-Dew was the very first fragrance from the Estée Lauder company and it was the first American fragrance to capture the imagination of women worldwide. Because Youth-Dew was Estee Lauder's premier fragrance, she personally introduced it in the U.S. and in Europe. When stores in France were reluctant to carry it, Mrs. Lauder "accidentally" spilled the fragrance in one of Paris' most elegant department stores. Customers found the scent so irresistible, the store quickly decided to carry it after all." --esteelauder.com

It has been called one of the sexiest fragrances ever created, and more than 50 years after it was launched it continues to entice with its sensual, yet timeless appeal.

Inspiration
"Women still like to feel beautiful, pampered and loved. And that is what Youth-Dew is all about." --Estee Lauder

The Story of Youth-Dew
Youth-Dew was the very first fragrance from the Estée Lauder company and it was the first American fragrance to capture the imagination of women worldwide. Estée Lauder wondered why women relied on the men to buy them perfume. And why they reserved fragrance only for special occasions. To change women's minds and forever change the world of fragrance Mrs. Lauder created Youth-Dew Bath Oil.

Captivating, rich and exceptionally lasting, women soon began wearing Youth-Dew as their fragrance as well. Because it was sold as a bath oil, women didn't use Youth- Dew by the drop, like perfume. They used it by the bottle. Men loved it too, saying it was 'simply the sexiest fragrance ever.'

Youth-Dew made women feel adored. It remains a legend with an irresistible appeal that endures to this day.
Source: esteelauder.com, June 2011. 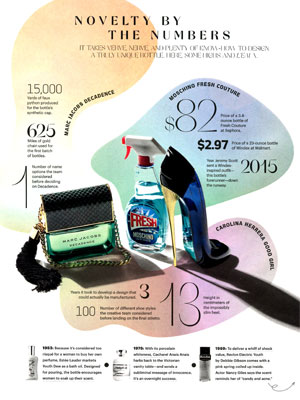 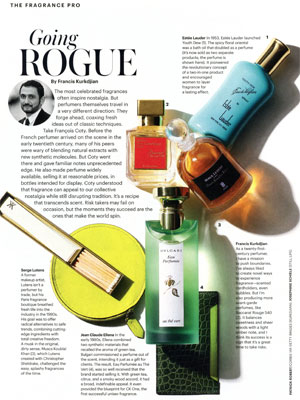 Estee Lauder Youth Dew
In 1953, Estée Lauder launched Youth Dew. The spicy floral oriental was a bath oil that doubled as a perfume (it's now sold as two separate products). It pioneered the revolutionary concept of a two-in-one product and encouraged women to layer fragrance for a lasting effect.

Sexy Scents to Spice up your Scent Life - Sexy Classics: "Classic fragrances are powerful because they're made to be recognized and to last all day," says [perfumer Frederic] Malle. These four were each the first of a kind, and they all exude warmth and sensuality -- but it very different ways. Malle explains... Estee Lauder Youth Dew (1953): "Truly exotic. It's a sort of hybrid of earthy and oriental. It has a lot of patchouli, but it's spicy, with rose and an amber smell, too. This mixture is what makes it so sexy -- it's never just one thing" (esteelauder.com).
(Edgar, Jolene. "Sexy Scents." Allure Dec. 2010.)