Fragrance News: Don't judge a book by its cover -- or a perfume by its bottle. Fragrance experts single out the best scents under $60 (and explain why "smelling like cheap perfume" isn't the insult it used to be). Read more

CK One, $42 -- This unisex citrus-herbal blend was an enormous hit in the '90s. Today, insiders praise it as "incredible," says scent-designer Dawn Goldworm. "And the perfumers who worked on it, Harry Fremont and Alberto Morillas, are still some of the best in the industry. So many people try to rip off CK One in laundry detergents and niche fragrances." The scent introduced a new kind of citrus note to Americans, says perfumers Francis Kurkdjian. "Prior to CK One, you'd find citrus notes mostly in a cologne, like Acqua di Parma Colonia or Guerlain Eau de Cologne. CK One set up a pattern of fragrances being sexy and fresh, and before that you couldn't imagine those qualities being together.

Britney Spears Midnight Fantasy, $37.50 -- Dark berries, powdery florals, and amber are the hallmarks of this sexy scent, which Chandler Burr, curator of the department of olfactory art at the Museum of Arts and Design in New York City, calls "absolutely extraordinary." Whatever your feelings about pop music, many of its stars are cranking out superior fragrances, such as Midnight Fantasy, J.Lo Glow (a zesty, clean floral), and Kylie Minogue Darling (sugared fruit). Much of the credit goes to the perfumers behind them, who also created the luxurious Fresh Cannabis Santal and Chloe Love, Chloe.

Bath & Body Works Forever Red, $44.50 -- The store known for green-apple body splashes has grown up. This eau de parfum "contains a synthetic material that I love called Rhubofix -- a nuclear-powered rhubarb fruit scent that smells hot and loud," says Chandle Burr. (Others that contain it are Hermes Eau de Pamplemousse Rose and Aedes de Venustas Eau de Parfum, which both cost around $200.) The reality is that synthetic ingredients are not always cheap imposters. "Sometimes the chemical reproduction of a natural scent is more accurate than the ingredient from nature itself," says Kurkdjian.

Nina Ricci L'Air du Temps, $34 -- Some fragrances start out pricey only to become less so over time for reasons that have more to do with business than fragrance. Scent designer Dawn Goldworm calls L'Air du Temps (a white floral born in 1948) and Habanita by Molinard (woody, powdery, launched in 1921) "grandmothers in the industry." In the U.S. they're sold at drugstores, but in Europe they're found at department stores. If the smell of Habanita reminds you of baby powder, "it's because Johnson & Johnson was clearly inspired by the fragrance," says Goldworm. There have been more expensive editions of L'Air du Temps -- a 2008 one in black Lalique crystal cost $840 -- but the scent smelled no more luxurious than the one you can get at Walgreens.

Tommy Hilfiger Freedom, $50 -- Though it is, strickly speaking, a men's scent, with many of the qualities of a traditional cologne (vetiver, juniper, and sandalwood, plus a bracing salty note), Freedom also has "a bit of orange flower that women are attracted to," says Freedom's perfumer, Marypierre Julien. (It's like that white button-down shirt you snagged for the boy's department: crisp, snug, no frills.) According to perfumer Francis Kurkdjian, the men's aisle can be a fragrance gold mine. Take Old Spice, for example: "It's an American classic, it's very inexpensive, and its spicy-floral signature is very good on certain women," he says.

Kate Walsh Bodyfriend, $35 -- "If it wasn't for the bottle, you could mistake this for a Tom Ford fragrance," Burr says of this musky, seductive vanilla. The thing is, a great perfume "is not just about the quality -- it's about aethetics." But back to the (unfortunate) bottle. "The majority of a perfume's overall cost is in its packaging and marketing," says Kurkdjian. This one has a faux-leather sticker around the neck and names (presumably of boyfriends past) stamped on the back of the bottle. But once you actually spray it, none of that matters. The same goes for the powdery classic Love's Baby Soft: The pink-capped bottle looks like a feminine-hygiene spray. But as Goldworm says, "It still smells relevant today. It doesn't matter that you're buying it in a canister at a pharmacy." Put differently: Screw-top wines have finally gained respect; why not a fragrance with a cheap-looking lid?

Gorilla Perfume Icon, $59.99 -- Leathery or smoky scents can be tough to do on the cheap; they tend to smell almost vulgar, like beef jerky. But Icon -- with just the right amount of incense for depth and orange blossom for levity -- comes very close to hitting the same mark as superspendy options like Clive Christian V for Women ($405). "If you like dark, expensive-smelling, mysterious, smoky scents, Icon is your perfume -- at a fraction of the price of a luxury scent, with almost, to my nose, no loss in fidelity," says Chandle Burr, curator of the department of olfactory art at the Museum of Arts and Design in New York City. Created by the cult British perfume, Gorilla, it's available in the U.S. at Lush stores.

Jovan Musk, $20.42 -- Though its heyday was in the '70s, this skinlike scent still smells modern. Musk notes get a bad reputation for being animalistic, sweaty, even sleezy. (That could be due in part to the mass production of the ingredient beginning in the '50s, when it was used in everything from laundry detergent to dish soap.) A good synthetic musk (like the one found in Jovan) can smell "very clean," says Goldworm. "It enables all of the ingredients in a perfume to stick together and makes it softer." Adds Kurkdjian, "Jovan also has a floral quality that's very No.5-ish."

Gloria Vanderbilt Vanderbilt, $15 -- Anderson Cooper's mother was onto something: Her woody, sensual floral with the swan logo "is outstanding and has great sillage," says Kurkdjian. That's perfume-speak for "lingering," which is a significant victory because, like many perfumes, Vanderbilt is made with materials that have a lot of staying power. This one gives the same cinnamon spiciness at the end of the day as it does at the beginning. [Vanderbilt perfumer Sophia Grojsman was inspired by Guerlain's L'Heure Bleue.] 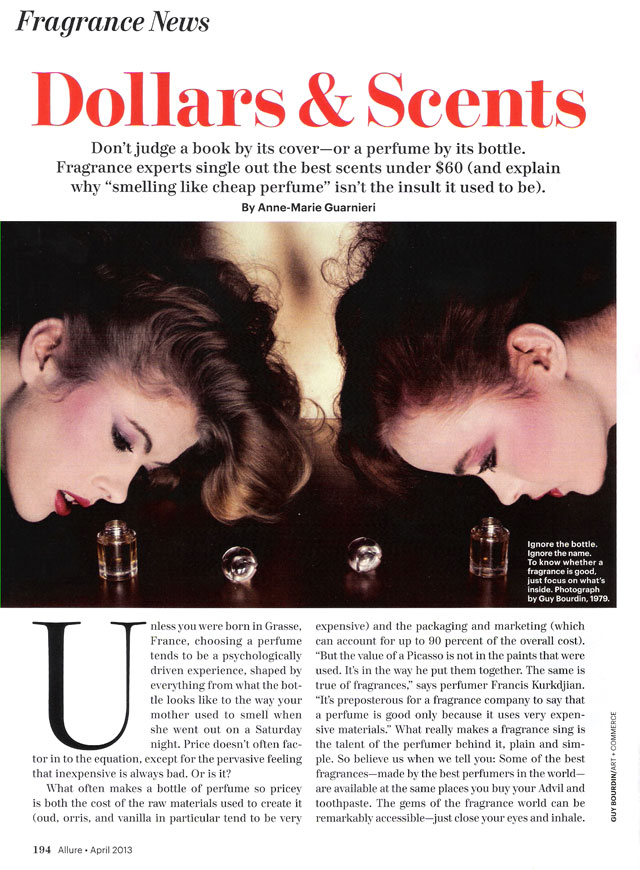 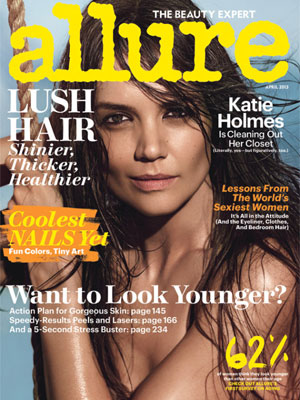