Flowers and fruits are lovely, but some of the newest fragrances for fall contain notes that were never considered beautiful. ...learn more

LADY GAGA Fame
Online rumors suggested the scent would smell like blood and seman -- unfounded. The result is not as CSI, but it does have a spooky note: belladonna, from the toxic plant also known as deadly nightshade. That note isn't especially detectable, but Fame is still worth a sniff. And the cap, fashioned after Gaga's signature claw gesture, and black liquid that sprays on clear add bonus weirdness. Lady Gaga Fame eau de parfum, floriental fragrance.

STELLA MCCARTNEY L.I.L.Y.
The name of this scent is its main note, and also an acronym that Paul McCartney used as a nickname for his first wife: Linda I Love You. The addition of truffle gives the scent an earthy, ribald quality. "There are not many luxuries when you're a vegetarian," Stella McCartney says, "so when it's truffle season, I'm like, 'Woo!'" Stella McCartney L.I.L.Y. eau de parfum, a floral chypre.

TOM FORD Cafe Rose
Coffee in a fragrance: not so remarkable. Coffee in this fragrance? Mind-blowing. Tom Ford blended the coffee with a traditional rose. The result is galvanizing: The coffee provides a welcome jolt to the rose and adds a surprising bit of warmth, too. Tom Ford Cafe Rose eau de parfum, coffee and rose fragrance.

DIPTYQUE Volutes
In fragrance, smoke has the ability to smell either cold and steely or warm and enveloping, depending on the way it's blended. In the case of Volutes, it's combined with iris and honey and end up smelling a little like incense and pipe tobacco: rich and strong but not overpowering, thanks to the addition of some creamy, soft resins. Diptyque Volutes eau de toilette, smoky.

HALLE BERRY Closer
Fougere, typically a combination of moss and lavender, is one of the most common blends in men's cologne, but you find it in women's scents, well, pretty much never. By throwing in a little sweetness (vanilla, fruit, and soft woods), Closer is more feminine than a traditional fougere, but it retains a cool, dudelike quality. Halle Berry Closer eau de parfum, fougere fragrance. 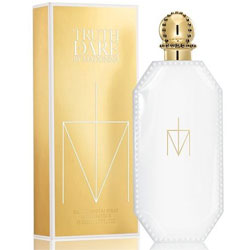 The process of seeking out a new perfume can feel about as modern as having your colors done. While most women know that choosing a scent goes beyond ticking a box next to "sporty" or "classic," alternative paths to discovery aren't easy to find. And even if you do decide to branch out boldly, you may run into a beauty version of Intro to Women's Studies: What is masculine? What is feminine? Tired of these constraints, a number of creative, artistic, globe-trotting women are celebrating unconventional scents. "These women don't want fragrances that shoot in the middle, or to thing, Hey. I'm smelling like Madonna!" says perfumer Frederic Malle.

What they do want is to wear what they love, the way they love it -- regardless of whether it's made for women, comes in an atomizer, or is in any way similar to what they'd find on their mother's vanity. "Learning about fragrance has been a real education," says Los Angeles artist Lisa Eisner. "It's all subjective. But when you find something you love, it's almost like being stoned. It somehow changes you a little bit."

Let's put it this way: Men's colognes want to rescue you from a burning building, while most women's scents want to talk about their feelings. And some women find it sexy to wear the strong but silent types themselves.

Men's scents can also experiment with sex in ways that would get a women's fragrance slut-shamed. They often include intense, sensual notes, like tobacco, smoke, or spice. ... 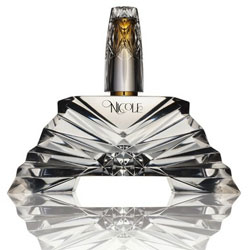 Asking a perfumer about wearing multiple fragrance at once is akin to stabbing her in the heart. "Mixing, mixing, and mixing doesn't make sense," says Grojsman. "You should spray one thing you really love that lifts up your mood. But if everything smells similarly, then it's OK." Nicole Richie inherited the desire to customize. "My mother, who was Southern, wouldn't leave the house without her body lotion, oil, and perfume," says Richie. "And when I was old enough, I did the same thing. I've never been content wearing just one scent." She'll continue the tradition by mixing and layering Nicole, her new perfume, with other scents already in her repertoire. "I'm always experimenting."

The entry-level way to mix is either by spraying two single-note perfumes on top of each other, or by adding a dash of one to a perfume that already contains that note. "Fragrance is like art, and I don't want to screw with it," Bradl says. He suggests keeping things from becoming overcomplicated by adding more rose to a scent that already contains rose, for instance. ... 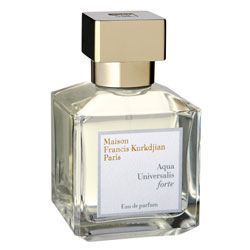 Once associated with head shops and street vendors, fragrance oils have transcended their grungy reputation. More concentrated than regular perfume and enhanced by the warmth of the skin, oil is one of perfumer Francis Kurkdjian's favorite forms. "Using oils instead of a spray allows me to create a bigger scent trail," he says. For example, his Elixir Aqua Universalis Forte, a roll-on oil version of the woody-citrus scent, contains about 20 percent more of the fragrance than the eau de toilette. And the oil-based scent remains on the skin longer than it would as a perfume.

For Jeanne Greenberg Rohatyn, owner of Salon 94 art galleries in New York City, oils offer notes she couldn't find in traditional perfumery. ...and oils are where you find those dirtlike, sensual options, such as straight-ahead ambers, patchouli, or musk. ... Among the best places to find oils: The Body Shop, Whole Foods, and Intelligent Nutrients.

It's like a riddle: What would a perfume that smells like nothing smell like? (Or, perhaps, why would anyone wear it?) There is, however, a surprise market for such fragrances, ones that either smell like the wearer's own skin or include ingredients that enhance her natural scent.

... Generally, these fragrances exist outside the mainstream. "Nearly 70 percent of women's perfumes are florals. You have 30 percent left, and what is it? Fresh or sweet," says Kurkdjian. But in certain niches, there are a number of fragrances that are so stripped down or so skinlike as to be called "anti-perfume." These are scents with notes that often smell as though they've been created in an especially chic laundromat.... 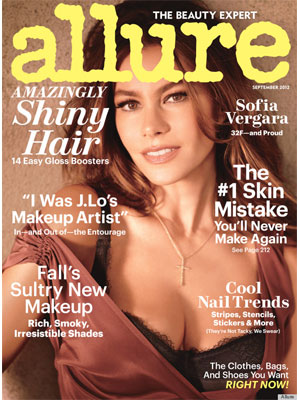